Our hands itch to be used. They cry out for a task to fulfill. If you give it to them, they will thank you or perhaps they will hate you for it. It does not matter either way for they were given to us to do things with.

We all have our vices. Writers aren’t known as drunks, madmen, and emotionally unstable nocturnal beasts creeping around the edge of society for nothing. Drinking, drugs, and dying young are some of the many curses that the artist suffers. But delving into the dark depths of the mind can be unsettling and we must find ways to cope with it.

Lately, I’ve chosen coffee and sweet snacks. I’ve been able to kick the sweets (and am on my way to losing some much-un-needed weight) but the coffee is my crutch. More so than even red wine (which I drink many nights when I am writing), that black brew calls out to me with a siren song that I cannot ignore.

If I’m not drinking wine for creative work, I’m drinking coffee to straight up take care of business. It’s not the best but it can’t be all bad: I’m not dead yet and I’m almost 30. That’s pretty good for an artist. 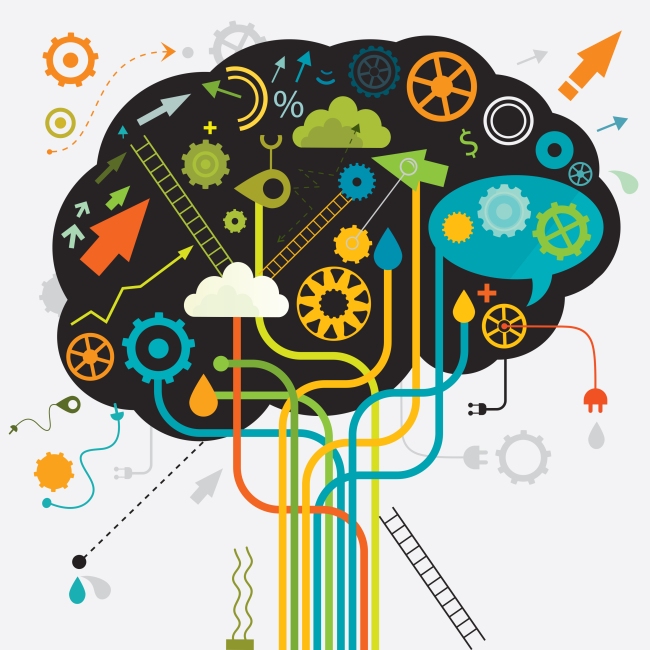 Why do we always get our best ideas in the shower? While driving? Just before falling asleep at night?

It’s one of nature’s cruel jokes, I think, but it’s undeniable fact that the brain is more creative when loosened up a bit. Neuroscientists tell us that the three keys to a flow of creative ideas (even if we don’t consider ourselves a “creative” person): increased dopamine levels, distraction, and being in a relaxed state. It’s no wonder, then, that my natural habitat during creative writing usually involves a dark room, a snuggie (don’t you judge me), and a glass of wine.

Brains are happiest and most likely to give us the good stuff when they’re happy, too. That means dopamine is being released, much like it would be when we’re exercising, having sex, listening to music, or taking a shower. Neurologist Alice Faherty even argues that some people are built to be more creative than others, depending on “activity levels of the dopamine pathways of the limbic system.” So remember: a happy brain makes a happy writer.

Freeing up the subconscious from its usual tasks of problem-solving and stopping us from walking into walls gives it the opportunity to dig deep and find creative seeds it’s been burying all day. Something as simple as getting into the shower after a day at the office can trigger a big change in the way our brains work. With this “incubation period” for ideas in full swing, seeds of ideas can start to take root in the conscious mind instead of all of the usual worries of the day.

When our brains are jamming on alpha waves (when the brain is, or is in a state close to sleeping) we get a chance to focus internally instead of on the people and world around us. It’s not just sleep that can bring this state of deep relaxation on; soothing, familiar, repetitive tasks help us achieve this sort of mental quiet when we’re better in touch with our intuition. With the phone off and the responsibilities of the day just out of reach, we are able to better cultivate the creative ideas that have been looming just below the surface.

So. The keys to helping those creative juices flow are doing something that makes us feel good (dopamine), being distracted from the everyday (distraction/incubation), and being relaxed while doing something familiar or nothing at all (alpha waves). Whether that yields the next Great American Novel or not is no sure thing but let’s be honest here – at the worst, you’ll have just had a relaxing afternoon.

Now that’s for creative writing, might I remind you. When I’m editing or just slamming out articles, I work best in public, loaded with coffee, and jamming to some mindless music. I better crank up the EDM in my headphones since I’ve got about half of a fantasy novel left to edit and make line notes on. Bring it home, Zedd!

Articles Read, Referenced, and Otherwise Enjoyed for this Piece: